BusinessEurope: The EU and China - Addressing the systemic challenge

The European business community has long been part of China's success story. We have encouraged China’s market-oriented reform path, invested in China and championed closer economic engagement with China for years. The EU and China officially established diplomatic relations in 1975, and signed their first trade agreement during the same year that China began its policy of 'reform and opening-up' in 1978. Business engagement followed swiftly since then. Today, the EU is China's most important trading partner, while China is the EU's second most important trading partner. Total bilateral trade flows in goods grew to EUR 604.7 billion in 2018, while total trade in services amounted to almost EUR 80 billion in 2017. And there is still plenty of untapped economic potential for both sides.

The Chinese and European economies have benefitted tremendously from China's accession to the WTO in 2001. This showcases that rules-based multilateral trade is the best enabler for economic development. The WTO was created as a body governing multilateral rules-based trade that would evolve in parallel to the needs of the modern economy. The lack of WTO reform in recent years, however, coupled with emerging signs of a slowdown or reversal in market-oriented reforms in China has led to level-playing field issues the impact of which has grown as China's share of global economy increased.

This is why the European business community now advocates for a stronger and fairer economic relationship between the EU and China. In this paper we outline the potential that closer economic engagement would bring but we also acknowledge and explain the obstacles that undermine this potential. The consolidation of China's state-led economy presents systemic challenges that lead to market distortions within China, the EU and on third markets. This undermines the level playing field between European and Chinese businesses. A fairer economic relationship is therefore urgently needed and would best be achieved if China created a true level playing field between domestic and foreign firms and addressed the systemic issues that lead to market distortions.

Recent developments, however, have generated a renewed sense of urgency among the European business community that these issues cannot remain unaddressed in anticipation of hopeful improvements. With the objective of a stronger and fairer relationship in mind, the EU should continue to engage China, whilst simultaneously taking its own measures to address these challenges.

Our ultimate goals are for the EU to secure a level playing field between the EU and China, mitigate the impact of China's government-induced market distortions, reinforce the EU’s own competitiveness, and ensure fair competition and cooperation on third markets. 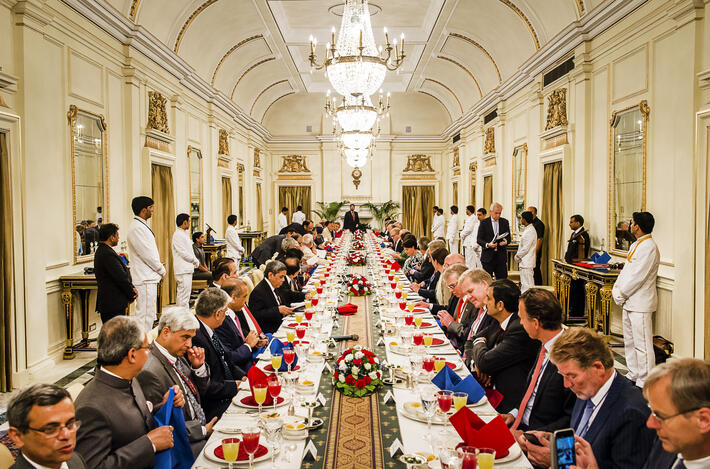